So a new show by Star Wars called “The Mandalorian” has been all the craze lately as I’m sure you’ve heard unless you’ve been hiding in a fallout bunker. 😂 If you haven’t heard of the show yet I guarantee you’ve seen the sweet, angel face of Baby Yoda as he takes over the internet faster then that meme of a women yelling at the cat. It’s an amazing series to watch and I recommend it to anyone, Star Wars fan or not. (Oh and there are some spoilers FYI I’m going to be using episodes 1-6)

The series takes place after the empire (so after Darth Vader has passed 😭 RIP). It does an amazing job of bringing in the variety of people that you have seen in the Star Wars universe with a great story-line to boot! One of the great things about this new show on Disney+ is that you don’t have to be caught up with the Star Wars timeline to watch it and understand what is happening.

Now as much as I’d love to continuously praise Star Wars and completely geek out by explaining everything I know about the characters that’s not why DaysoftheDad has posted this blog.

As I’ve watched and soaked in the glory of this show I couldn’t help but notice how much Mando reminds me of how fatherhood is for every dad. I knew I needed to inform my fellow fathers, no everyone, of how he is an awesome fatherhood role-model because, “This is the way.” 😎

To start my claim I figured it would be only right to start at the beginning in a galaxy far far away. 😁

In episode 1 of “The Mandalorian” Mando the bounty hunter gets sent out by The Guild on a mission to secure a package and bring it back no questions asked. He gets to the destination with another assassin droid to find that the package is just a baby. This is the baby known to the internet as “Baby Yoda”, though the blog WeGotThisCovered explains their thoughts on how it can’t be with proof from episode 7 and other sources.

This point is the first reason that leads me to claim he is father material in that he takes out the droid and saves the kid. He choose to “follow his gut” which I believe to be a fathers number one ally as I’m sure any manly western hero would agree. 🤠 Dads today need to remember that if your gut says to protect them then it’s probably right. 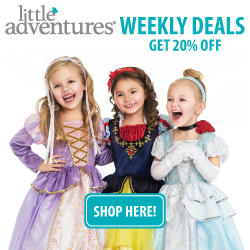 Episode 2 showcases more of a deeper side to a father when it shows Mando tending to his wounds and Baby Yoda looking at him in distress wanting to help his new found protector. Baby Yoda walks over to the bounty hunter and attempts to help with what we know as “the force”. Mando doesn’t know about this power thinking the child is innocently trying to help he instead puts the kid back in his carrier.

The act of Mando not wanting to accept help from even a child is the same as many fathers today. We walk around wanting to be the macho, indestructible hero for our family and not need help often refusing the help due to our pride no matter the wound.

DaysoftheDad wants to take a moment to remind all the fathers, step-fathers, baby daddies, godfather or what ever kind of dad you are that it’s okay to need help and to remember that it helps more than you to talk about the trials of fatherhood. We’re in this together guys 👊

OMG this third episode was a great example of how it is having kids. 👶 I know every parent is with me when I say that your kids with ALWAYS want your stuff and not just your stuff but most of the time it’s stuff they don’t need to have.

Baby Yoda gets to ride around with Mando all over the galaxy as they go on their adventures. As they ride in the spaceship Baby Yoda sees that one of the handles to control the ship has a ball at the end. Needless to say Mando tried to get him to stop but eventually, as every dad does, gives in by screwing off the ball and giving it to Baby Yoda. It’s great because he also gives the ball to him in other episodes as well. 😊

Chivalry definitely isn’t dead in “The Mandalorian” either! In episode 4 Mando is shown to be a gentleman with the ladies and a modern day cowboy. The bounty hunter decides to leave the planet when he learns that it is already claimed by another female bounty hunter showing great morals in front of the kid. Plus like any good John Wayne movie he has to leave the woman (which I found out that the person who played in episode 4 was Brendan Wayne the grandson click here for the article) because he’s bad news. 🤩

The dads out there should be with me on episode 5’s example. The DaysoftheDad blog I’m sure will talk about this again some time in the future. This example shows how Mando is getting told by a someone else, “not his momma or daddy 😐”, how he needs to raise Baby Yoda.

The world is full of people that are going to tell you how you should or shouldn’t raise your child. I believe that if they’re happy, healthy, learning and safe then it should be the parents choice on the matter. Mando shows that parenting is figuring things out yourself with a lot of opinions to sift through for help.

Finally, I have for you the last reason this series is a great showing of fatherhood for today’s generation of dads. Chapter 6 shows how Mando as I’m sure many of us will deal with in which I mean our children going around acting like they have “the force.” 🤣

I know that I was a kid that went around waiving my had to turn things on or raise my had up as if to chock an adversary. When Disney showed Baby Yoda at the end of the episode wave his hand and then look at it in shock because he thought he stopped the droid it had me in tears. I mean I laughed so hard I woke up my fiancee only to have her scold me since I could’ve woken up the baby.

Mando does show a great display of selflessness by swooping in and taking Baby Yoda under his wing. To any dads reading this: to your child you are their hero so show them “this is this way.”

Solidparent
On My Mind Today